I was spontaneous looking for a romantic weekend trip for me and my girlfriend, as we needed to get away from the busy streets in Amsterdam. It had to be dog friendly and within driving distance, so we could bring our Labrador retriever Fia with us. After reading some blogs and recommendations, we decided to drive to Northern France and stay one night at Hotel Les Hauts de Montreuil, that also allowed dogs!

When I called the veterinary, a couple of days in advance, they told me that she needed to have the Rabies vaccination shot one week before we left the country with her. I already ordered the hotel and did not want to disappoint my girlfriend, so I started to call all the kennels in and around Amsterdam (this was in the middle of summer holiday season), all was fully booked and some of the people I talked with just laughed at me  when I asked if they had room for one dog for 2 days.

I almost gave up, but then I found a place called Dog Hotel Zwanenburg A very nice lady answered the phone, and told me that I could bring my dog and everything was fine! The dog hotel was super nice! All the dogs are together outside, they can swim in the pool, play with toys and lie in the shadow under trees and bushes. They also have a webcam on the website, so you can see what’s going on there. I was so happy that I found this place, so we could go and explore France.

Finally by ourselves, and free to cross any borders! We started driving in the morning 28th of July, we dropped off Fia, drove straight through Belgium and into France. The first cities we came to was Dunkirk and Calais. The Dunkirk movie was just released a few days before we left, but this was our romantic getaway, so we skipped the war and continued to Calais. From Calais we wanted to find the coastal road (D940), to avoid the busy extensive auto route network which whisks incoming motorists, from the boats and roads, into the south and the sun. That’s a shame because this Nord-Pas de Calais region is one of France’s most bounteous, with captivating natural scenery ranging from haunting marshes and abundant rivers and streams to imposing escarpments, lofty hills and vast forests. But the real key to its great appeal is the human element. History has left a vivid imprint, with stunningly beautiful chateaux, monasteries and churches, ancient forts, imposing monuments, and vast cemeteries providing haunting memories, not just of the two world wars that swept across the area but, of the 100 Year War and the Roman Invasion.

We found the D940 road that take you to the Opal Coast, its a longer to drive, but it was defiantly worth it! The beaches here are magnificent, with broad, firm sands backed by impressive dunes, perfect for photographing landscapes. Along this opal coastal route you will find some busy little fishing towns and beautiful villages. The first village you drive true is Sangatte, about 5 km driving on D940, then you come to Escalles, Wissant, Tardinghen, Audinghen, Audresselles, Ableteuse, Wimereux and then Boulogne-sur-Mer.

Here are just a few places where it is nice to stop for a brake and take some photos: 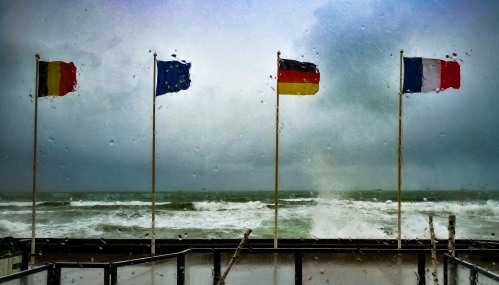 Boulogne-sur-Mer is also home to Nausicaa National Sea Center, that is Europe’s biggest Aquarium! One of the latest addition is a spacious one-million liter pool that is home to 6 Californian sea lions. Visitors can see these intelligent animals up close when walking true the underwater glass tunnel. You can get some really amazing pictures here without getting wet.

The waters around the nearby Channel Islands is protected with a national park status. An impressive 2,300 square kilometer, marine crossroads at the confluence of two seas fed by seven rivers, the Opal Coast National Marine Park is home to 200 animal and plant species, 69 species of sea birds, 16 species of marine animals and 90 species of fish.

We had a storm following us on our way home, so we did not get any pictures of the cliffs and beaches on the Opal coast line, as planned. 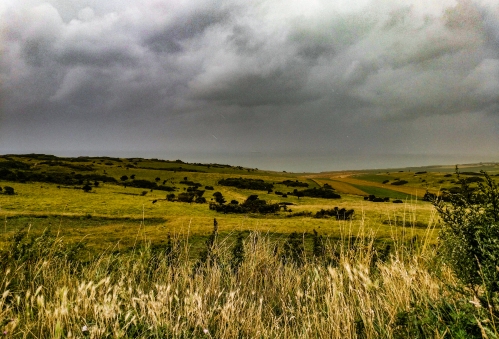 I hope you enjoyed reading this article, and got some photography ideas as well.

Please continue to read about our road trip in this article: France; Exploring the hidden photo gems

1 thought on “France; Exploring the hidden photo gems on the Opal Coast”